A few weeks ago I snagged a rusty, metal bucket at a garage sale. (Where else?) It has this cool German and English writing on the side.

I don’t know its history, but I loved it too much to pass it up, so I bought it even though I didn’t know what to do with it. (Story of my life.) I took to Hometalk to get some ideas. A few dozen people offered up some great suggestions. Danke schon!

My original thought was to turn it into a planter, and I decided to stick with that. It would be a great addition to my fall décor! So this weekend I finally tackled the project.

I started by giving the bucket a good cleaning – using the hose and bar keepers friend. Jamie then drilled some holes in the bottom for drainage. 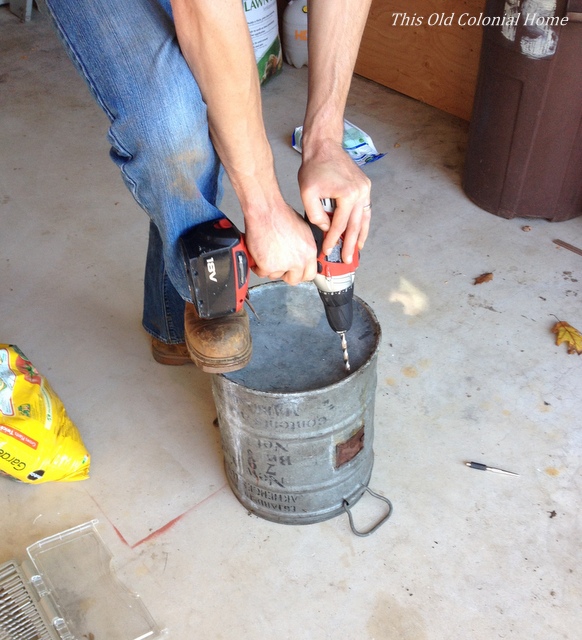 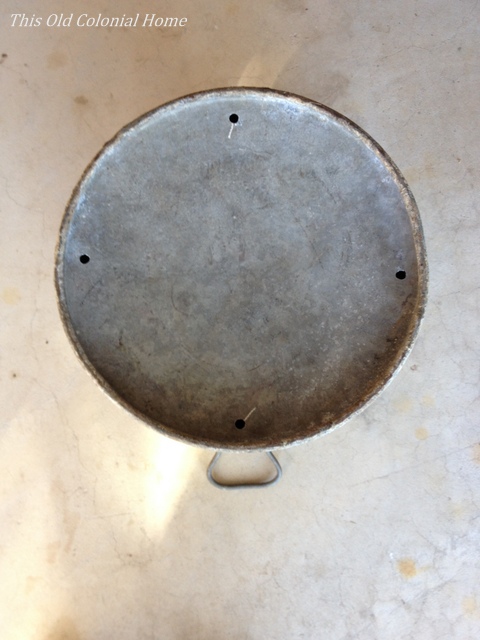 The bucket is kind of deep and I didn’t want to use a lot of potting soil (I had a limited supply), so I put some milk jugs in the bottom.

Gardening is not really my thing, but since I don’t know what this container used to hold, I figured it wouldn’t hurt to use a plastic bag as a liner. I cut holes in the bottom of that too and then put the soil in it.

Once I had enough soil in place, I inserted potted mums that I had bought and then filled in more soil around it.

Afterwards I cut off the remainder of the bag that was visible. And that’s it! This was such a quick and easy project! That’s so rare. I just hope it works out for the flowers!

So — for now at least — we have this fun, new piece on our front steps among a few other mums and pumpkins. What do you think? 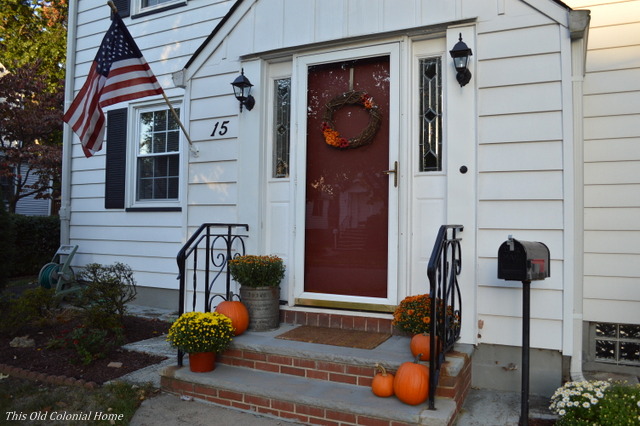 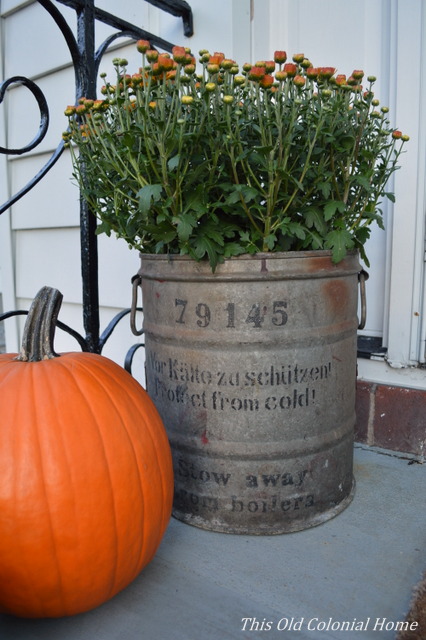 What would you have done with this rusty piece?

4 thoughts on “Fall in a Bucket”