I think it goes without saying that I love our house. But one of my favorite things about it (and one of the many reasons we chose to buy it) is the original chestnut trim. You can see some of it in this picture I took for my Gallery Wall post.

Upon closer inspection, the trim is a little beat up and worn, but that’s what gives it character. And luckily it was never painted over (except in 2 rooms, which I hope to strip someday). That’s not bad for a house that’s pre-war. Along with the chestnut trim are chestnut doors. In fact, we have a total of 18 chestnut doors in our house if you include the closets! That’s a lot of doors! But you know what goes with all of those doors? These awesome skeleton keys!

I couldn’t just let these beauties sit in a drawer somewhere. I knew I had to put them on display! So here’s what I did. I used this picture frame that I had just sitting around. It has some depth to it, almost like a shadow box. 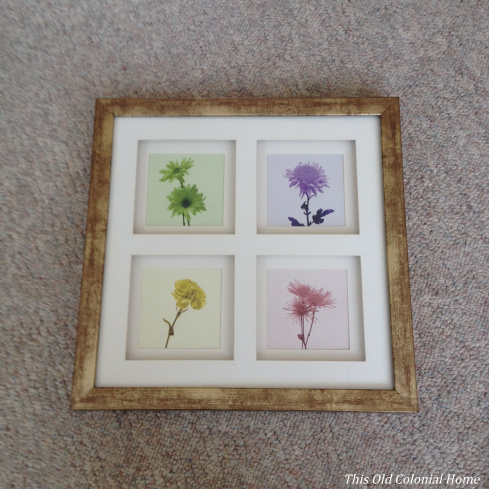 The flower picture is actually glued to the backing, so I had to cover it since the keys were going to be displayed in each square window. I wanted a vintage feel to it, so I simply cut up a brown paper bag and taped it around the backing sort of like a present. 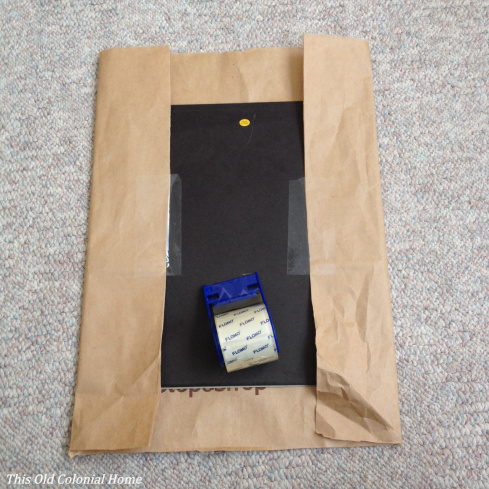 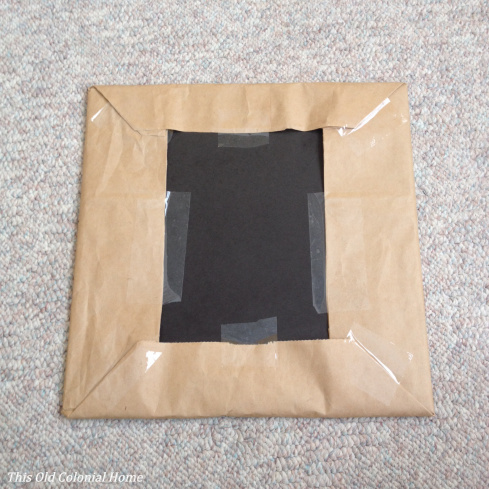 I put the matte on it and then worked on the arrangement of the keys. Once I was satisfied, I used these handy 1/2″ Craft Glue Dots from A.C. Moore for about $3.00. (You could also use a glue gun.)

I stuck a dot on the top and bottom of each key and then adhered it to the paper bag backing. I didn’t mark or measure each key’s placement, I just eyeballed it. And then I reassembled the frame. 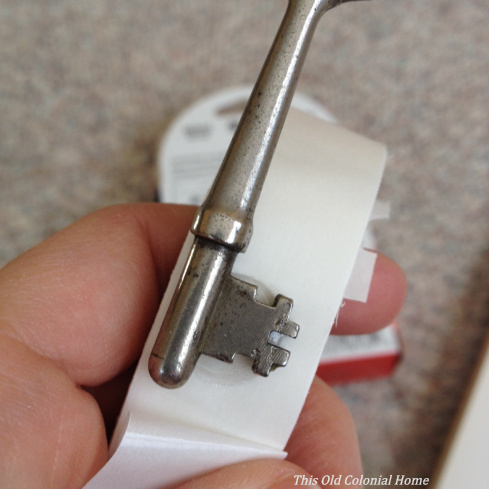 I actually gave this to my husband for his birthday! Here’s the final product now properly hung in our upstairs hallway! 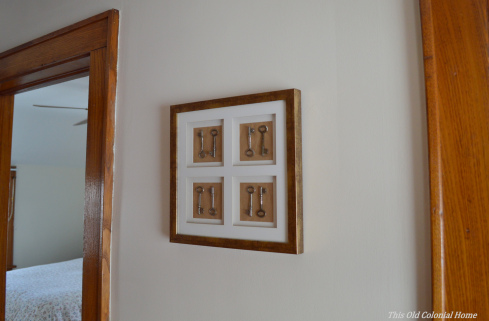 I love having a little piece of history on display! What are some of your favorite items to showcase?