When it comes to sewing, my skills are pretty limited. I can reattach buttons and … nope, that’s it. I hope to change this one day and actually learn how to use a sewing machine. But until that day comes I’ll be using no sew methods that I come across. Exhibit A:

You guys, I actually made this little pillow! (Patting myself on the back.) Can you believe these are actually placemats from the dollar store? This was such an easy and inexpensive project.

Let me start at the beginning.

I had originally bought this placemat at our local dollar store thinking it would look cute in a frame for Thanksgiving.

Then I came across this lovely pillow that Collette over at Through the Front Door had made from a kitchen towel. Light bulb! I figured I could do something similar using the placemat and without using a needle and thread (because like I said I’m not that talented … yet). I just needed to pick up another mat for the back. But, of course, by the time I got around to it there weren’t any left. So I just picked up two new placements that were autumn-y.

I chose to use two different ones that way the pillow can be displayed on either side. (In reality it was because I couldn’t decide which one I liked better. Haha!)

The only other supplies I needed were stitch witchery and pillow filler, which I picked up at Michaels.

To make the pillow, I started by laying the placemat face down and cutting strips of the stitch witchery for along the edges. 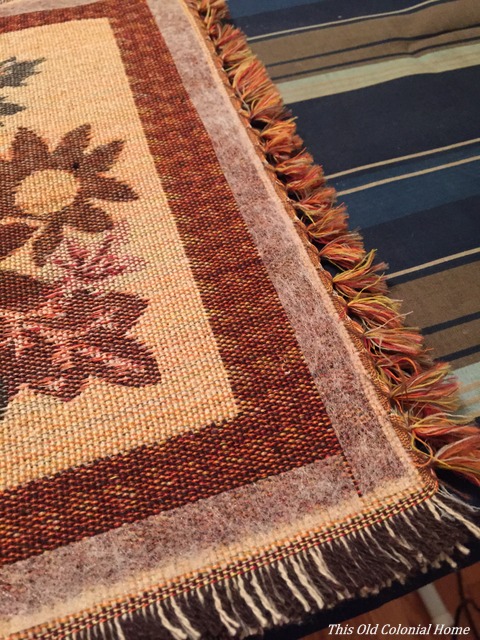 I then lined up the other placemat laying it face up. 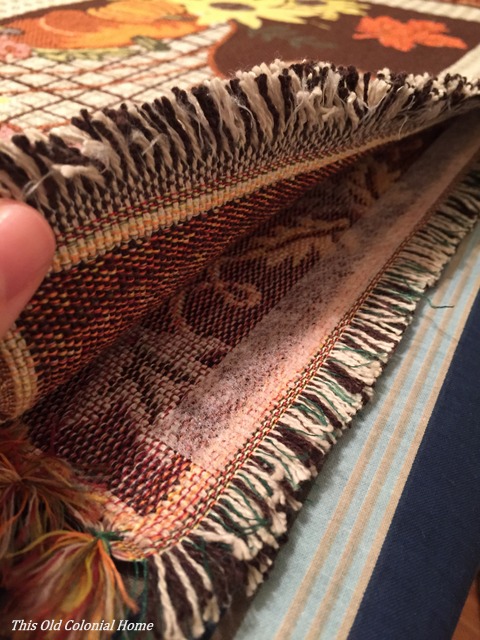 To get the tape to adhere to the placemats you cover the fabric with a damp press cloth and use a steam iron on the wool setting and press for about 10 seconds on each side. I didn’t have a press cloth so I just used an old kitchen towel, which worked fine.

I went around three sides and let it cool before adding the pillow filler. Once my filler was in place, I tried ironing the last seam, but had a little difficulty getting it to stick. So I pinned it down just above the stitch witchery to help keep it in place. 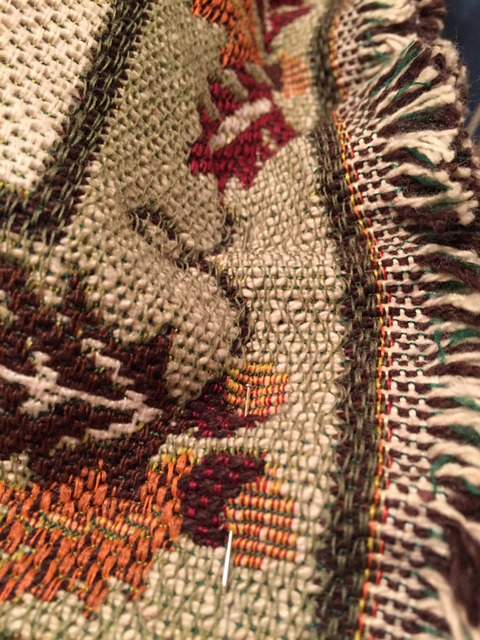 That definitely worked better. And after just a few more presses, my pillow was complete! 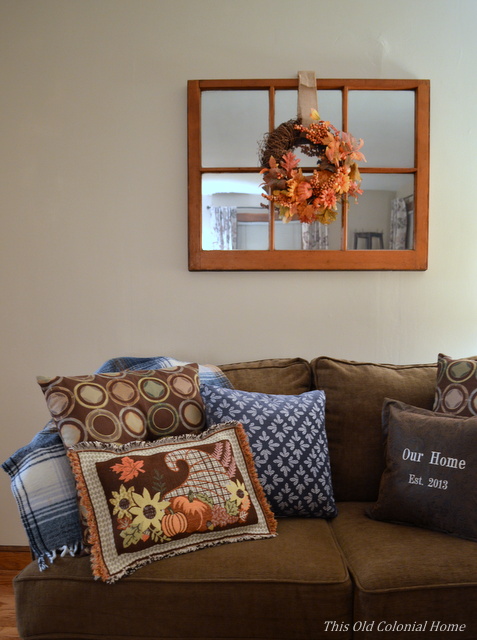 I probably could have stuffed it a little more, but hey, not bad for my first try I’d say. I have a lot left over, so I’ll definitely be making more of these. Maybe as Christmas gifts? Hmm.

As for the original placemat … I ended up making it into a banner for our mantel.

All I did was cut out the squares and attach it to twine with some clothes pins – items I already had on hand. Easy peasy!

What do you think? What no sew items have you made?

4 thoughts on “No Sew Placemat Pillow”

Leave a Reply to This Old Colonial Home Cancel reply